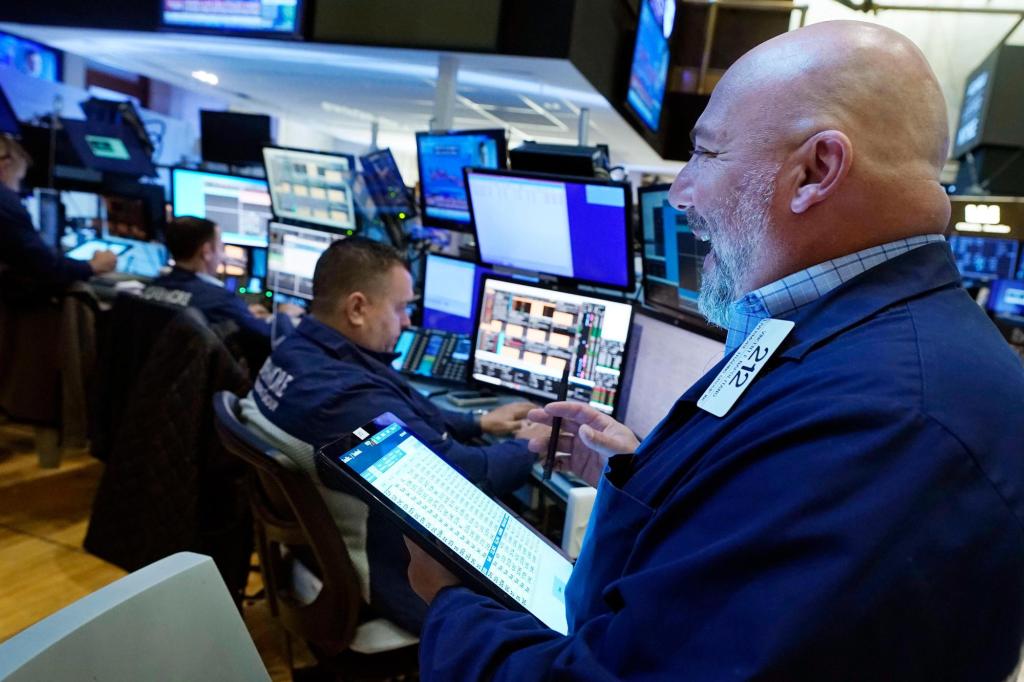 The S&P 500 rose 0.2% after spending much of the day wavering between small gains and losses. The Dow Jones Industrial Average added 0.3% and the Nasdaq rose 0.6%. The gains pushed the three indexes above the all-time highs they set on Friday.

More than 65% of stocks in the S&P 500 rose, led by energy companies as the price of U.S. crude oil rose 0.6%, adding to a more than 75% gain so far this year. Exxon Mobil rose 1.8%. A mix of companies that rely on direct consumer spending for goods and services accounted for a big slice of the index’s gains. Tesla jumped 8.5% and Starbucks gained 3.5%.

Smaller company stocks far outpaced the broader market in a sign that investors were confident about economic growth. The Russell 2000 rose 2.7%, closing within 0.1% its all-time high set March 15.

The latest gains came as investors reviewed another batch of corporate quarterly report cards in what has so far been a better-than-expected earnings season, despite Wall Street’s concerns over the impact supply chain disruptions and higher inflation are having on companies.

“We’re starting to see corporate earnings come in and the fear was that you’d not have pricing power and you’d see that impact in margins,” said Tom Hainlin, national investment strategist at U.S. Bank Wealth Management. “But so far, we’re seeing companies either do one or both of two things: be able to raise prices and have consumers pay those prices or to use technology to improve efficiency to offset some of those input prices.”

Bond yields rose and helped banks make gains, as they rely on higher yields to charge more lucrative interest rates on loans. The yield on the 10-year Treasury rose to 1.56% from 1.55% late Friday.

The broader market is coming off its best month in nearly a year, with the S&P 500 gaining 6.9% in October. The index, which stumbled in September with a 4.8% loss, is now up 22.8% for the year. Stocks have been gaining ground for weeks as investors monitored a steady flow of mostly encouraging corporate earnings.

More than half of the companies in the benchmark S&P 500 index have already reported results. Analysts expect overall profit growth of 36% by the time reporting is finished. Another 167 companies within the index will report their results this week.

Investors will also be watching another policy meeting by the Federal Reserve, which is in the process of considering how to wind down its extraordinary support measures for the economy. The central bank will release its latest statement on Wednesday.

Rising inflation remains a concern and will likely be persistent, but will probably moderate through the end of the year, said Rod von Lipsey, managing director at UBS Private Wealth Management. Meanwhile, investors have been shifting their focus to earnings and other fundamental measures as they move past the uncertainty of COVID-19.

“Obviously we’re waiting to see what the Fed has to say, but there’s still plenty of room and capacity for the markets to continue this recovery,” he said.

Wall Street will get several more economic updates this week.

The Institute for Supply Management will release its service sector index for October on Wednesday. That will give investors a glimpse into how the sector, which accounts for the bulk of economic activity, is recovering after the surge of COVID-19 cases over the summer.

Investors will also get another update on the employment market when the Labor Department releases its jobs report for October on Friday.